Wisin & Yandel had an epiphany a year ago in December, while playing a 17-and-under party in New York.

"We looked around, and all you saw was kids listening to their music on their phones and sharing the ringtones,"manager Edgar Andino says. "After that, it seemed everywhere we went, people asked us about ringtones and voice tones. And we thought, \'Holy cow, this could be something.\' "

Today, the market\'s hottest reggaetón duo has become the Latin poster child for new technologies and brands, cutting deals with the likes of Zune and carrier SunCom, which on Feb. 1 released a Wisin & Yandel-branded and loaded cell phone.

Now, the duo is readying its own mobile aggregator company, WYMo, in a joint venture with Puerto Rican aggregator Mymobile. This means Wisin & Yandel will actually own a mobile content company, an unusual-if not unprecedented-scenario for a recording act. WYMo\'s initial push will be on text messaging and promotions surrounding the duo.

This is all in addition to more typical branding deals, including watches, sunglasses and a forthcoming clothing line.

Although mobile and digital companies have long been interested in reggaetón acts as a way to target the burgeoning-and elusive-Latin youth market, Wisin & Yandel (real names Juan Luis Morera Luna and Llandel Veguilla Malavé) have been especially adept at creating opportunities for themselves. That thrust began two years ago, when the pair, newly signed to Universal-owned Machete Music, released "Pa\'l Mundo," got new promotional thrust and hooked up with Andino, a marketer who had worked as a consultant with Pepsi and Anheuser-Busch.

"We sat down and made a two-year plan," Andino says. A major objective, he adds, was to have audiences put a face to Wisin & Yandel\'s hit songs.

During the past three years, and with support from Machete, the duo has been a veritable hitmaking machine, with songs like "Rákata," "Llame Pa\'Verte" and current "Sexy Movimiento," which spent 14 weeks in the top 10 of Billboard\'s Hot Latin Songs chart. At one point, the duo made history by placing four tracks simultaneously on that chart.

"We wanted to treat them like a brand," Andino says. "That concept didn\'t exist in reggaetón. You have access to all this audience, and how can you leverage that?"

The Wisin & Yandel team began by making what Andino calls "statements," from a 2007 Radio City Music Hall show whose production Wisin & Yandel paid for themselves, to the expensive cover art of "Los Vaqueros," which the duo subsidized.

But the true gold mine, they thought, lay in the mobile and digital realm, where young Latino consumers were gravitating to the urban marketplace in general and reggaetón in particular.

Wisin & Yandel\'s first major deal was with Zune. Then, the duo closed a deal with SunCom Wireless in Puerto Rico, which put out a limited-edition Wisin & Yandel-branded phone in tandem with a series of promotions. One of those promotions involves the duo\'s trio of shows at Puerto Rico\'s Coliseum, taking place March 6-8. SunCom costumers, as well as customers from other carriers, can participate in a Wisin & Yandel SMS Challenge, where they\'re asked to send text messages in order to win a series of prizes-from front-row tickets to meet-and-greets-with Wisin & Yandel.

As it turns out, the company acting as an aggregator for the Wisin & Yandel content was Mymobile, a young company eager to experiment with new business models. With Wisin & Yandel, Mymobile will launch aggregator WYMo, initially serving Puerto Rico, the Caribbean, Latin America and the United States.

"We have the technology to distribute the mobile content," Mymobile owner Nestor Ponce De León says. "And Wisin & Yandel are the No. 1 act. They open an additional line of action for us in the same way they did with cell phones," he adds, referring to the SunCom deal.

A major portion of WYMo\'s business will be text messaging, fostered through promotions. These include a TV campaign with a local station in Puerto Rico, which will prompt consumers to send text messages via their phones, as well as a Wisin & Yandel "club" where members will get access to multiple promotions and prizes by texting. Each text message, of course, has a cost.

And although text messages cost far less than, say, a mastertone, the volume is much higher (Ponce De León aspires to reach the 3 million texts mark in the first three months alone), and the profit share is bigger. Once the carrier gets its cut, revenue is split 60-40 between Wisin & Yandel and Mymobile.

Mymobile, like most aggregators, typically works directly with carriers. The Wisin & Yandel deal, Ponce De León says, is "unique," not because the model itself is new, but because an act has opted to have ownership in the content as opposed to merely getting a sponsorship fee.

"They\'ve realized that although music continues to be heard, there are other mediums too." This arrangement, he adds, "allows us to market the brand [Wisin & Yandel], keep tabs on the response and participate in a revenue share." That type of attitude has been constant in Wisin & Yandel\'s trajectory.

"They are first in line when it comes in investing in their career, both financially and in terms of effort and dedication," says Machete president Gustavo López, who just renewed Wisin & Yandel\'s recording deal.

Under Machete, 2005\'s "Pa\'l Mundo" has sold more than 500,000 copies in the United States, according to Nielsen SoundScan, and more than 1 million worldwide, according to the label. The duo\'s newest, "Los Extraterrestres," has scanned 200,000 in the United States since its release last November. Wisin & Yandel also launched their own label, WY, as a joint venture with Machete, with their debut album, a compilation titled "Los Vaqueros," scanning 193,000 copies so far.

Today, the duo keeps digging into its pockets to help pay for expenses above and beyond the label\'s realm, like its 2007 Radio City show.

Most recently, the pair collaborated with Franco De Vita and Lenny Kravitz (on the music for an Absolut commercial) and a remix with Nelly Furtado.

Despite the inroads, however, crossing the Wisin & Yandel brand over to the English-speaking market is still not on the horizon.

"Well, I\'d love to, but I\'m not going to abandon my position in the Latin market to try and conquer the market in English," Wisin says. "There\'s a lot of Latin market out there. It just needs to be exploited." oooo

(Wisin & Yandel, their label and their sponsors discussed their new business models during the Billboard Latin Music Conference that took place on April 6-10 in Hollywood, Fla.) 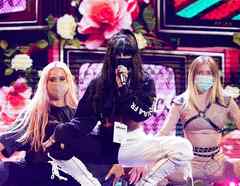 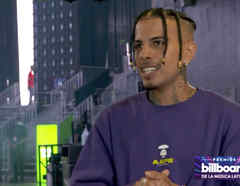 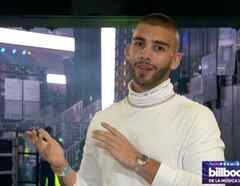 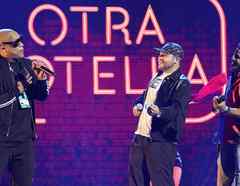 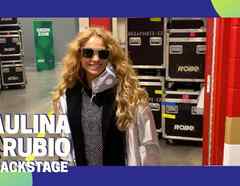