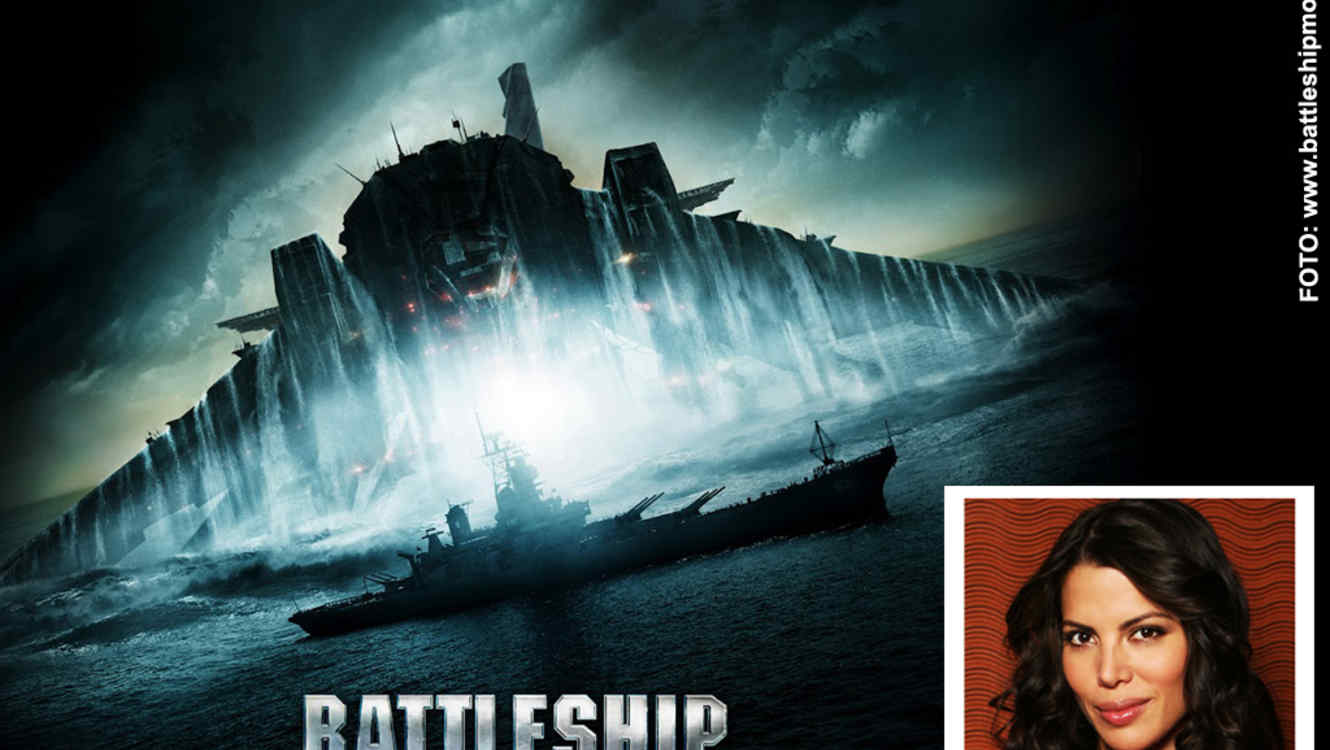 For many people, “Battleship” is a traditional strategy board game that has entertained various generations. Kids of all ages have spent long afternoons trying to sink their opponent while guessing the correct combination: “B6, G8, A4, You sunk my battleship”.

Set in the Hawaiian Islands, the movie features an epic fight between an International Naval Fleet and an alien species known as ”The Regents” who have come to earth to build a power source in the ocean.  The battle, which unfolds across the seas, in the skies, and over land, promises to entertain its viewers with astonishing visual effects and thrilling action scenes.

Now amigos, don’t be fooled… This is not another alien-action movie, although aliens are everywhere. Director Peter Berg has managed to enrich the story by giving depth to Kitsch’ character who’s in a tough spot: while fighting the aliens he has to change Liam Neeson’s mind (his father-in-law and commanding officer) who doesn’t approve of Kitsch’s relationship with his daughter because of his criminal records and problematic nature.

If you are anything like me, you’ll be surprised at how clever the director was when making the film. Not only does he manage to blow your mind with countless action sequences and amazing battles, he has moments of magnificence when he pulls you away from the fight and paints enchanting imagery, such as the interaction between Japanese Naval Ships and their American counterparts (long time Pearl Harbor rivals) as they fight side by side to overcome the alien threat.

I know that, at first, you may think: “this has nothing to do with the board game where things were simple and the threat was human”, but take it from me, you have nothing to worry about. Director Peter Berg has assured game fans that his movie does resemble the game, and as he stated to ShowbizSpy “I feel very confident that you will see the film and see lots of references to the game, and none of them will make you storm out of the theater saying, ‘These … ***holes! How dare they!’ That’s not going to happen.”