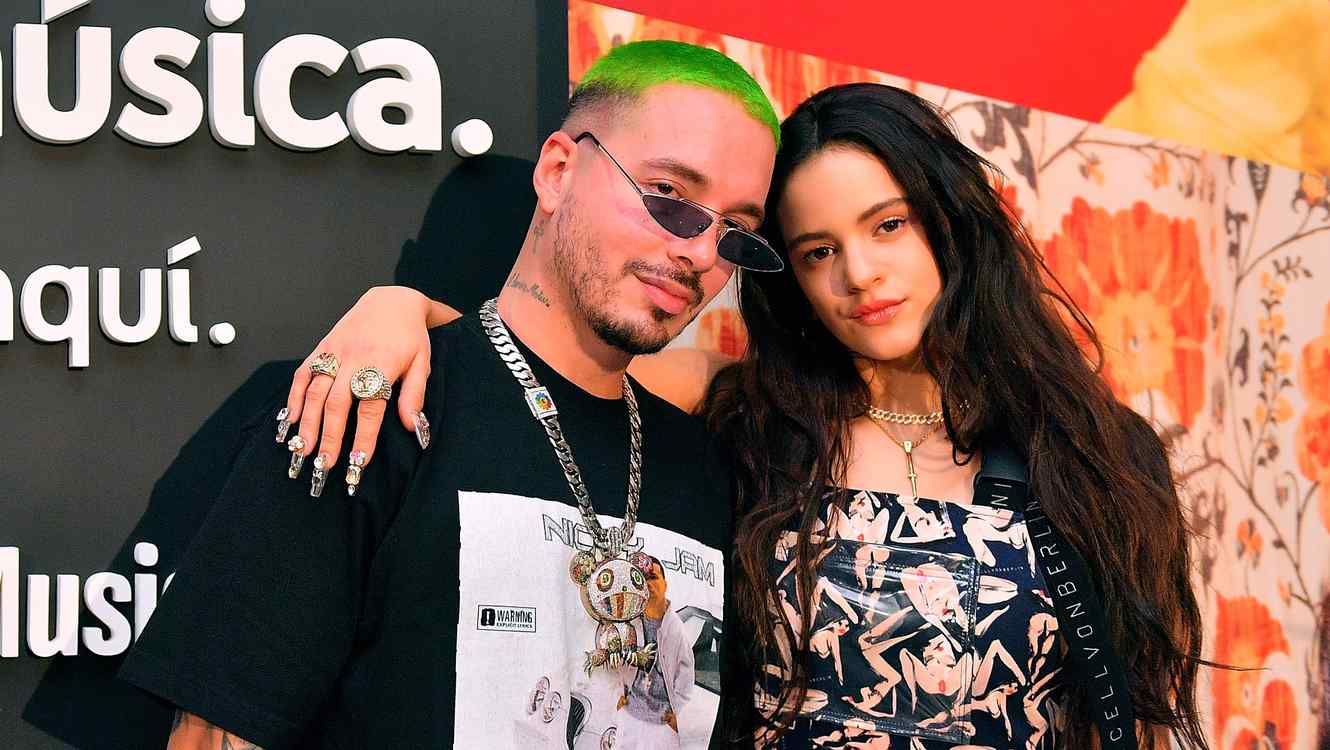 While the worlds of streaming and radio were urban-dominated in 2018, the landscape of albums in Latin music was vast, experimental and hugely satisfying.

In the urban realm, artists like J Balvin, Maluma and Ozuna made a concerted effort to up their game, rejecting facile beats for carefully crafted fusions of sounds. Artists like Draco Rosa put edgy rock in the forefront. And then, there was pop, well-done and fun to listen to and ultimately a reminder that there’s a lot of music out there to be enjoyed.

20. Calibre 50, Mitad y Mitad
Calibre 50 conquered 2018 with their album Mitad y Mitad, released during the summer.  The set contains 14 tracks, most of them very romantic regional Mexican songs.  With the album, the Sinaloa quartet debuted at No. 1 on the Regional Mexican Albums chart and at No. 5 on the Top Latin Albums in early August. -- SUZETTE FERNANDEZ

To celebrate his 40-year career, salsa singer Gilberto Santa Rosa released his album En Buena Compañia in collaboration with Victor García and La Sonora Sanjuanera. The record of 14 songs will make you get up from the chair to dance. The album has the stamp and style that only belongs to el caballero de la salsa. -- S.F.

Wisin and Yandel’s first album in six years comes in at No. 20 on our tally because it’s the most recent release of our list, dropping this Friday (December 14). Think of it as a Hall of Fame museum of reggaetón, featuring guest artists like Farruko, Maluma, Zion & Lennox and Bad Bunny. While both artists took solo detours that led them to experiment with different genres -- Wisin in particular did multiple collaborations with pop acts -- The Big Leagues is old-school reggaetón, hard hitting club bangers that make no apologies. -- LEILA COBO

The 2016 smash “Traicionera” paved the way for Sebastian Yatra to make a No. 3 landing on the Top Latin Albums chart with debut album Mantra -- home to 16 infectious tunes, including collaborations with Carlos Vives, Nacho, Wisin, and Lary Over. With songs such as the sultry “Sutra” and heartfelt “Devuelveme el Corazon,” Yatra crafted a special production that’s crafted for all music lovers, whether you’re a pop, cumbia, or urban junkie. -- JESSICA ROIZ

One could say that the blueprint for Latin urban pop is CNCO -- the quintet created from reality TV show La Banda -- which has evolved to become the most successful boy band in Latin music today. CNCO’s sophomore album, which debuted at No. 1 on Billboard’s Top Latin Albums chart, is a collection of melodic, mostly romantic tracks set to reggaetón beats with rich, R&B-infused vocal harmonies. Lead single “Mamita” frames the group as a Latin, urban spin on One Direction, but with a personality all its own. -- L.C.

After spending three years in prison, Puerto Rico’s Anuel AA came out of the gates swinging with his debut Real Hasta La Muerte, released the day he became a free man. A collection of 12 gritty, sometimes raunchy songs that are nothing if not real, the album veers into trap, not reggaetón territory, marking a before-and-after in a relatively new genre for Latin music, commercially speaking. Real debuted No. 1 on the Top Latin Albums chart (dated July 28). -- S.F.

The big-band format of banda music is ostensibly better suited for uptempo music. But Banda MS is focused on romance, giving the tuba the job of the bass and the trumpets the voice of the strings in songs of loss and regret and deep love, including mega hit “Mejor me alejo.” So good is this group at tackling different styles within the traditional banda format that “No te imaginas” is a bona fide bolero. -- L.C.

Although she was born in the U.S., Angela Aguilar makes it really clear that she’s proud of her Mexican roots. With her first solo album, Primero Soy Mexicana, produced by her father Pepe Aguilar, the young songstress demonstrates her crisp powerhouse vocals in 11 well-known ranchera songs, such as “Cielito Lindo” and “Paloma Negra.” At 15, Aguilar is already a two-time Latin Grammy nominee and a Grammy nominee for best ranchero/mariachi album for her 2018 set. Staying true to her culture, Angela is a Mexican-American artist you’ll want to keep on your radar for 2019. -- J.R.

With their distinctive brand of Cuban hip-hop with an international appeal, Havana-based trio Orishas (made up of frontman Yotuel Romero, Hiram Riverí “Russo” Medina and Roldán González) revolutionized Latin music before disbanding in 2010. At a time when Cuba is open for business, the group’s music may no longer be as exotic, but that makes their 2018 comeback effort Gourmet no less delicious with its mix of heady vocals and melodies and Cuban roots. -- L.C.

25/7 is Puerto Rican salsa star Victor Manuelle’s 18th studio album, and was released to celebrate his 25 years in music. The set’s eclectic nature  -- Manuelle collaborates with the likes of both Bad Bunny and Juan Luis Guerra -- underscores the versatility that's allowed his career to last as long as it has. Both traditional and experimental, 25/7 dares to explore while staying true to the essence of salsa and traditional soneo and improvisation. -- S.F.

Chucho Valdés’ Cuban jazz masterpiece honors his father, the pioneering pianist Bebo Valdés. Jazz Batá 2 conjures ancestral African spirits, but also those of progressive jazz greats, classical composers and a century’s worth of Cuban popular music innovators. The founder of the definitive contemporary Cuban jazz group Irakere brings to the fore the timeless grace and continuous experimentation that marked his father’s career, and that has characterized his own artistic output. -- JUDY CANTOR-NAVAS

Mon Laferte carries the torch (songs) of great Latin ballad singers of the past forward. The Chilean singer-songwriter belts with self-aware seductiveness and unflinching vocal muscle, against an instrumental backdrop that makes the case for carrying on the sound of older musical traditions like cumbia, cha cha cha and mambo -- all of which Mon Laferte delivers with a wink. Norma, her sixth studio recording, is a confident album that makes an immediate connection. --J.C.N.

Maluma recently said his genre of music is “Maluma.” He has a point: F.A.M.E., a non-stop parade of hits with excellent lyrics -- many bilingual (there’s a duet with Jason Derulo) -- that speak directly to a new audience of fans, is impossible to place squarely in either a reggaetón or a pop box. Instead, Maluma moves fluidly between both, marrying genres and beats with vocals that have dramatically improved and can go from eloquent and melodic to edgy rap. Produced mostly by Maluma’s Medellin camp of Édgar Barrera "Edge" and “Rude Boyz” Kevin ADG & Chan El Genio, and with additional contributions by Timbaland and Scott Storch, F.A.M.E. is a major step forward both for Maluma and for the standards of pop/urban music. -- L.C.

The place of the Latin singer/songwriter, or cantautor, in contemporary Latin music has been diminished since reggaetón and urban music took over. Enter García, whose new album makes zero concessions to anything that’s not her own brand of music (her track “Banana-Papaya” with Residente notwithstanding). With the vocals at the forefront of the mix, along with lush acoustic arrangements and intimate lyrics, Soy Yo reminds us of the depth to be found in the well of Latin music. -- L.C.

Piso 21 never fails to impress, and their sophomore studio album Ubuntu is proof of that. The Colombian group, who have been together for more than a decade, show their personal and professional growth in this magical 13-track production. Home to eclectic rhythms, laced with lyrics of love, hope, and good vibes, Ubuntupays tribute to the essential human virtues of compassion and humanity -- a message assisted by bomb collaborations with Zion & Lennox, Paulo Londra, Fonseca, and Manuel Turizo, to name a few. -- J.R.

Draco Rosa returned to the top of the Latin Pop Albums chart after five and a half years with his 13th studio album, Monte Sagrado. A smartly structured set packed with belters, Monte Sagrado exhibits the Puerto Rican rock great in an exhilarating performance throughout. The album’s lead single, “333,” is an explosion of the senses within its own morbid reality. Sophomore single, “2 Nite 2 Nite" -- a celebratory tune injected with powerful verses of gratitude and openness, with a building electric guitar and dynamic percussion -- accentuates his raspy vocals, wrapped in a velvety croon. -- P.B.

Reggaetón artists know, perhaps better than anyone, that while their music may be commercially successful, many don’t see it as quality-driven. J Balvin made a major effort to put a dent in such thinking with Vibras, an album that is mostly rooted in reggeatón but often expands daringly from it, asserting its independence from the very first track, “Vibras,” a trippy opening sung by Mexican alt-chanteuse Carla Morrison over electronic beats, which then segues into the very recognizable intro of global hit “Mi gente.” This elasticity is what renders Vibras successful: While reggaeton’s dembow runs under many of the tracks, it expands and contracts, from the more hardcore in “Peligrosa” (feat. Wisin Y Yandel) to Balvin’s signature melodic brand (“Donde estarás” and “No es justo,” featuring Zion & Lennox). Then there’s “Brillo,” featuring Rosalía, a sparse, electronic-tinged trap that defies explanation. When all is said and done, it’s really all about the vibe.  -- L.C.

Ozuna’s sophomore album Aura is bold from the get-go, leading not with reggaetón but with guitar and piano chords (courtesy of pianist Arthur Hanlon) and words of personal introspection. The danceable reggaetón jams, the pretty love songs set to a dembow beat, the fusion with bachata (on the Romeo Santos-featuring "El Farsante"), the collabs with American stars Akon and Cardi B are all to come -- and all are hits, of course, the trademark for this 26-year-old with a syrupy voice and a golden pen. No wonder this follow-up to to Odisea, the best selling Latin album of 2017, matched its predecessor as the best-selling Latin release of 2018. 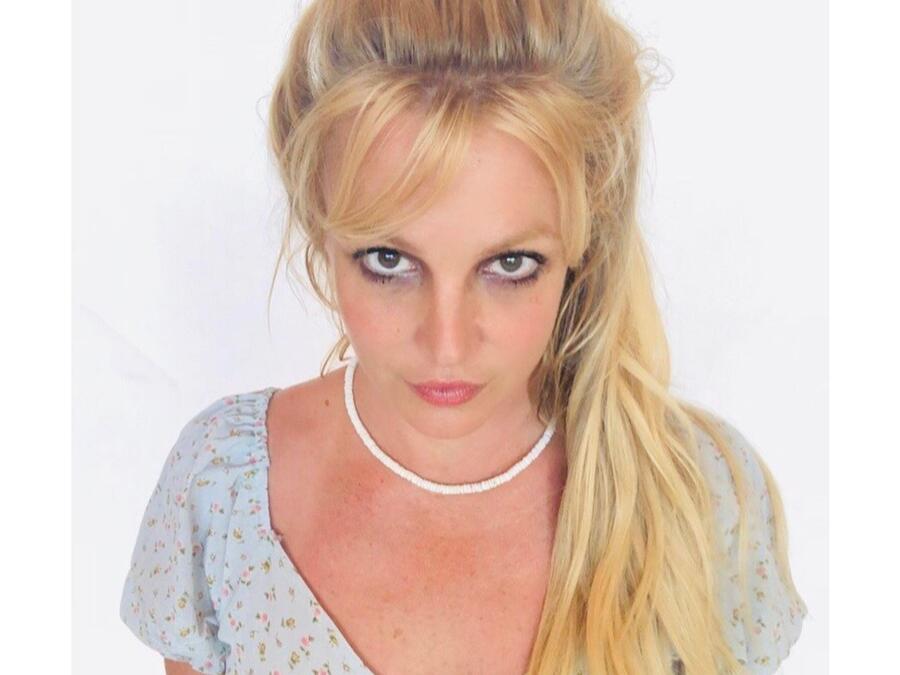 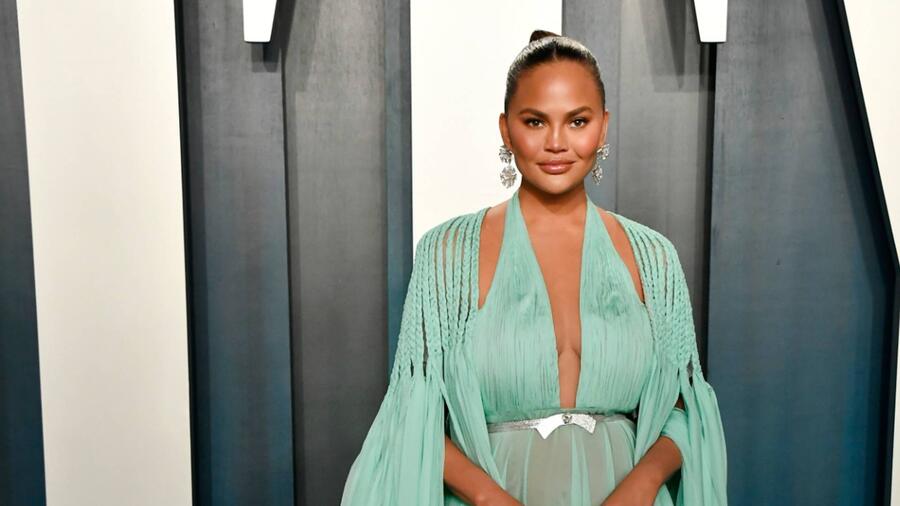 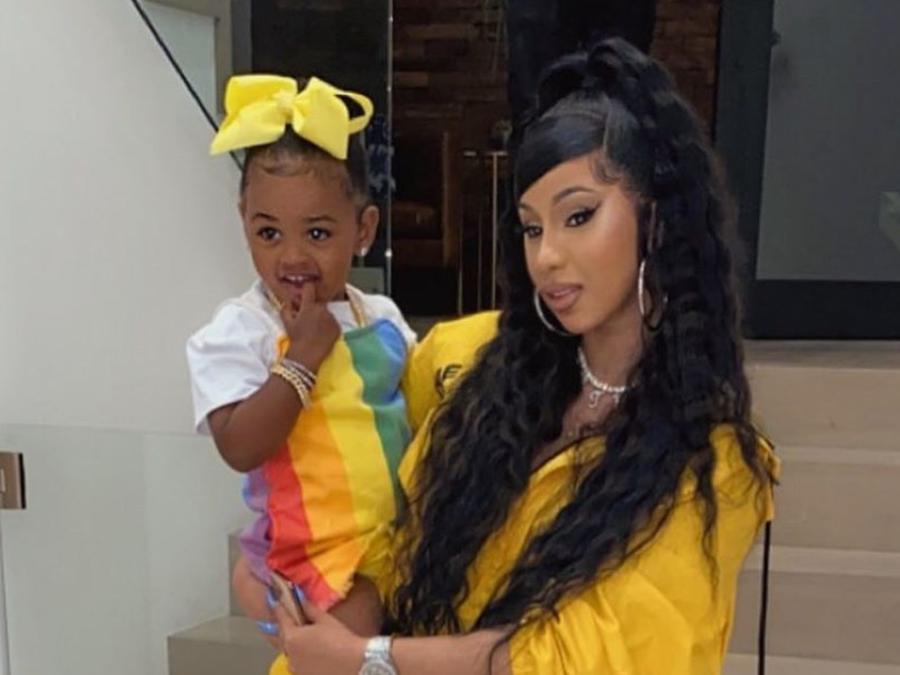 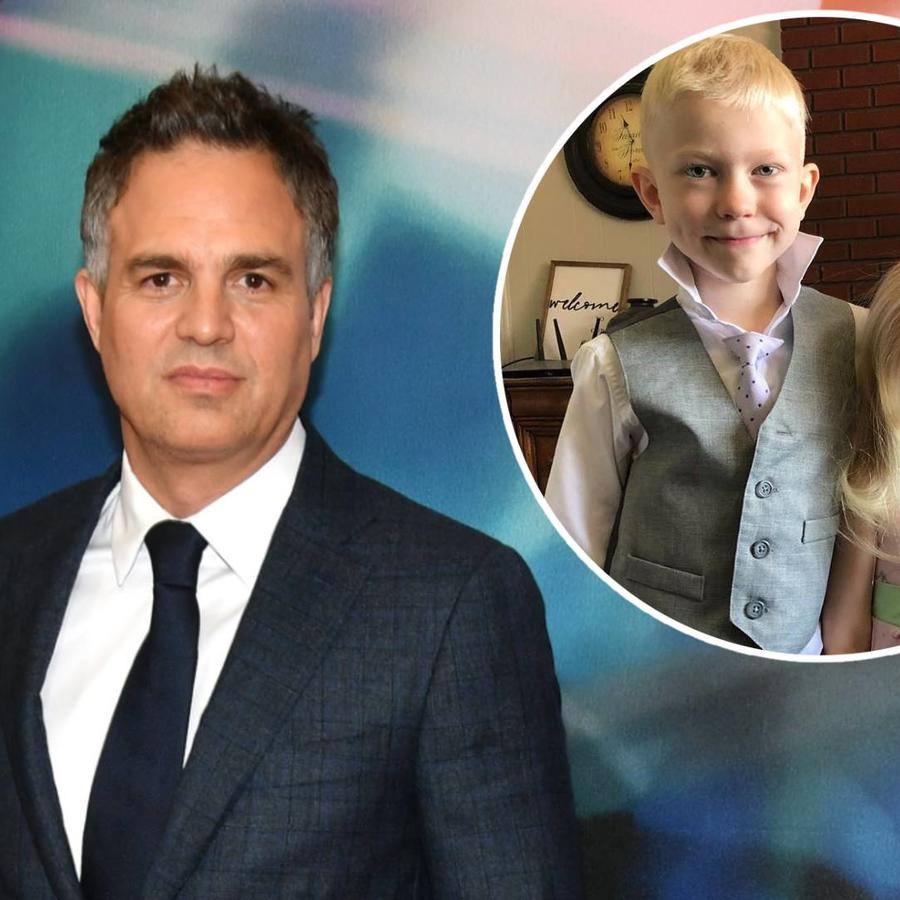 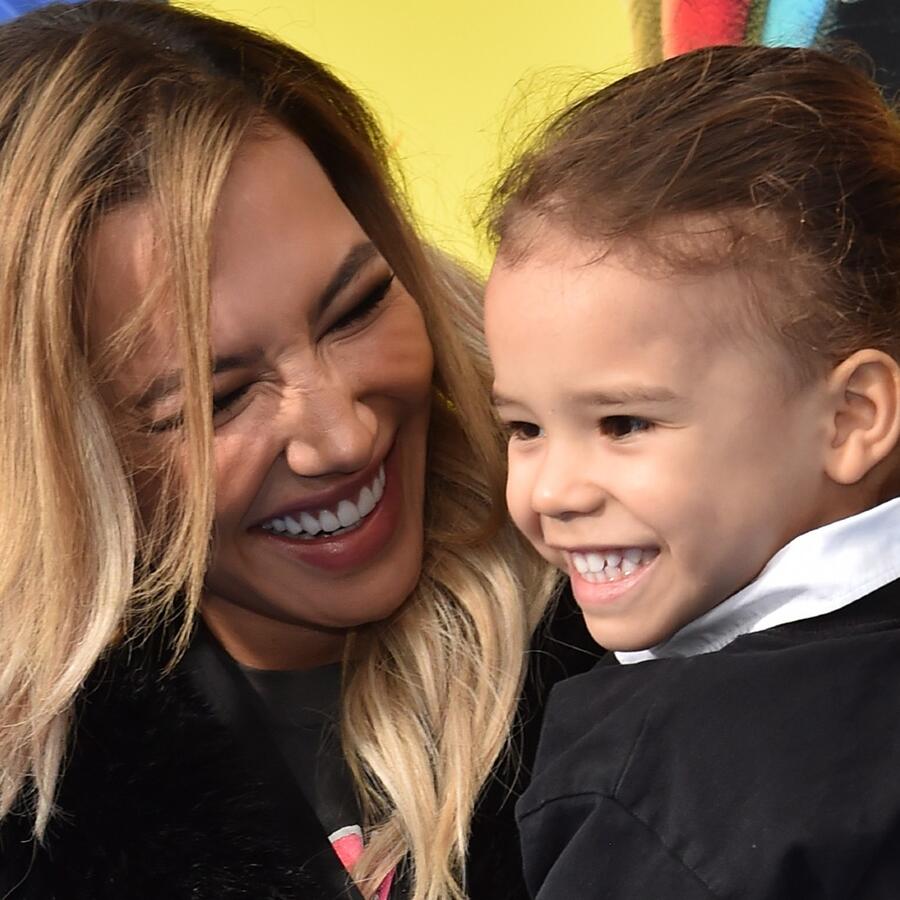 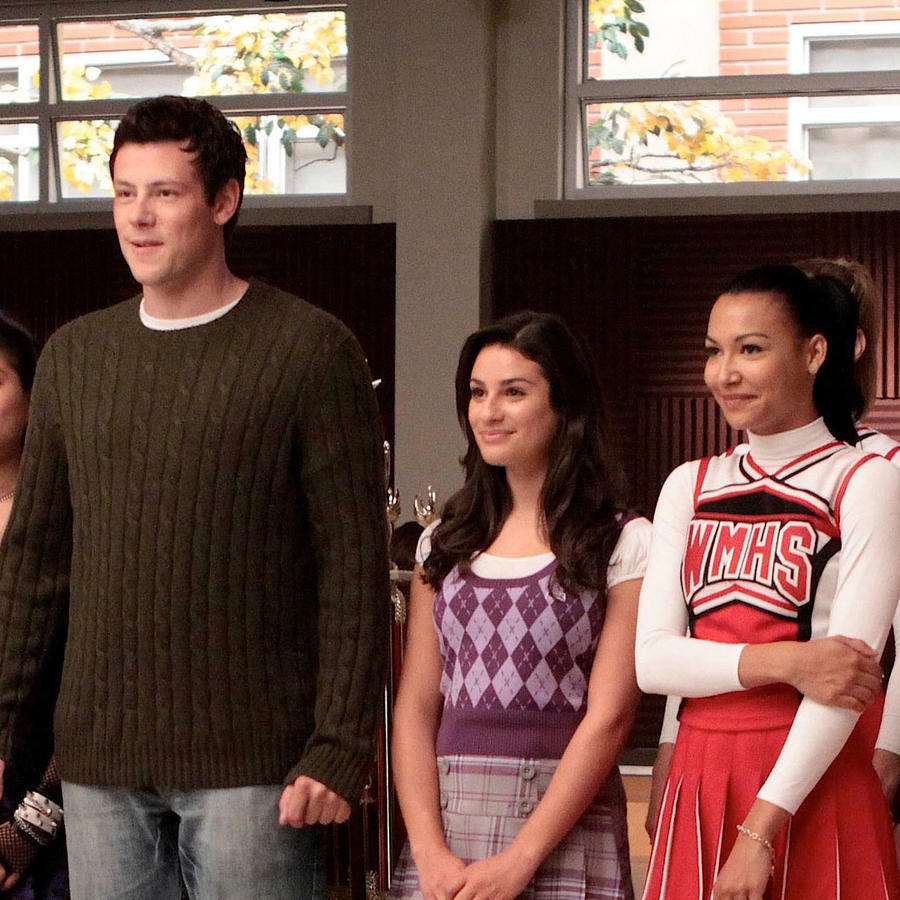 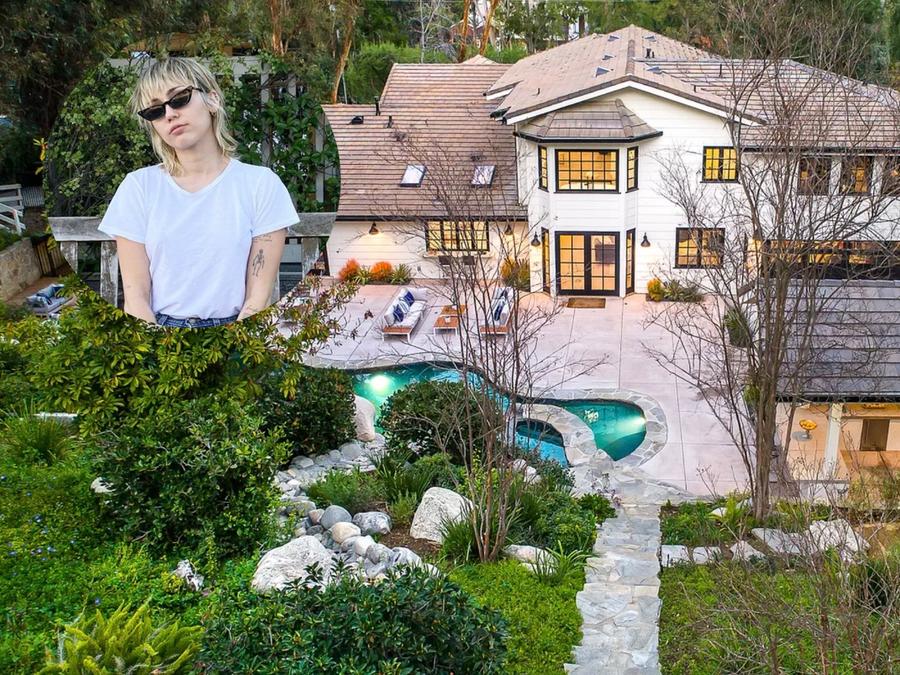 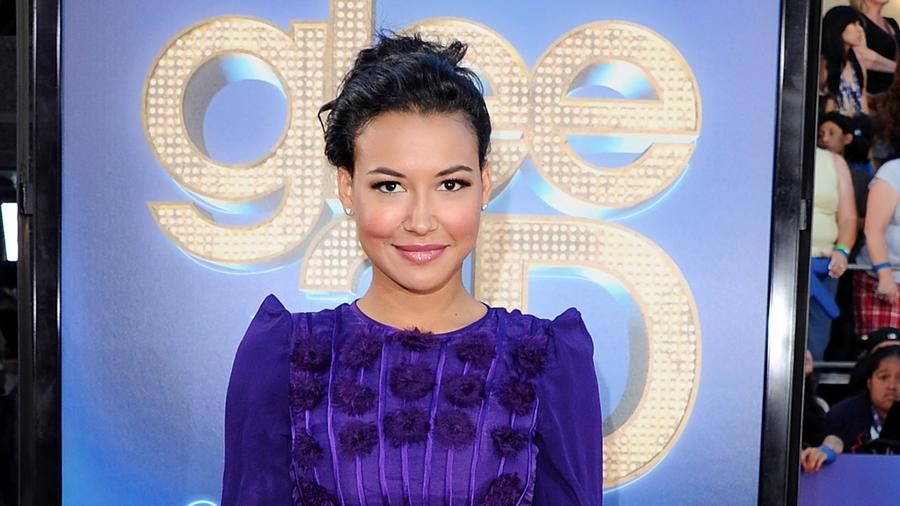 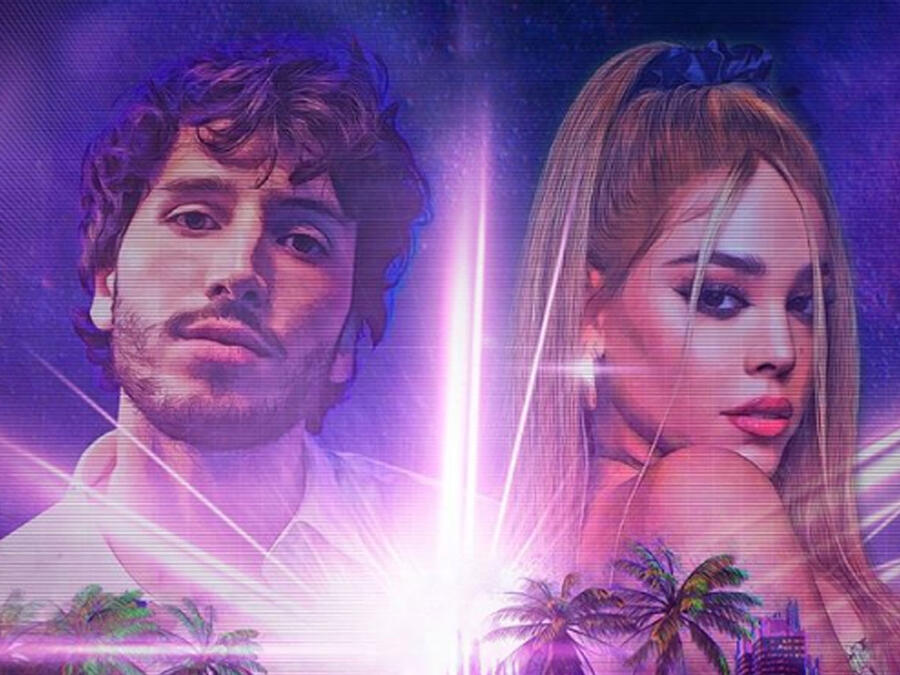 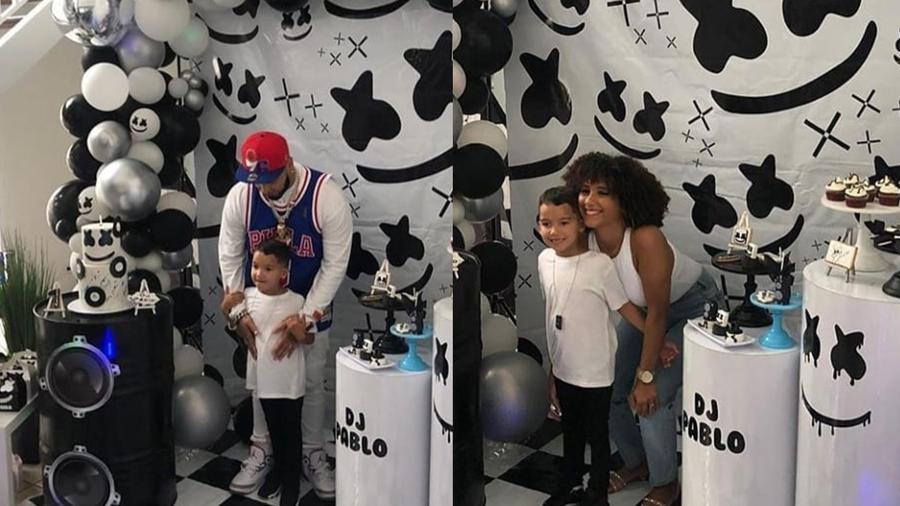 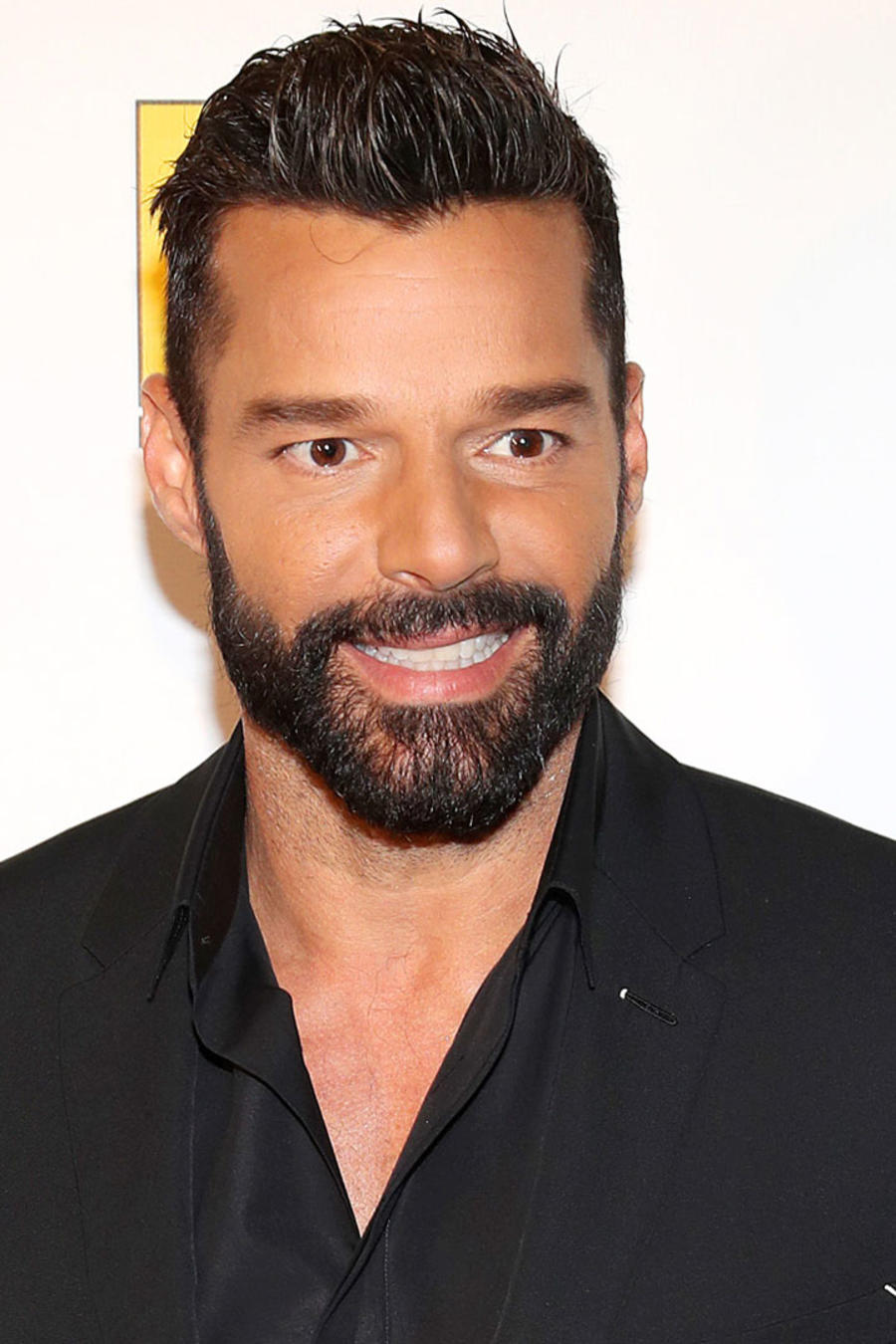